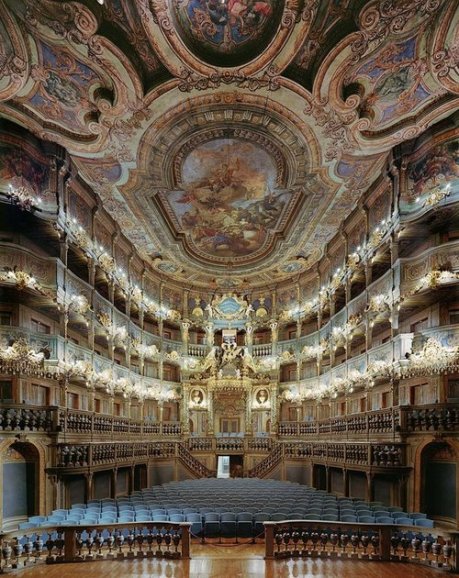 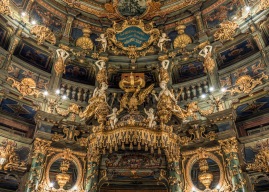 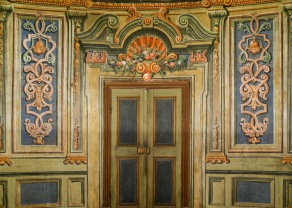 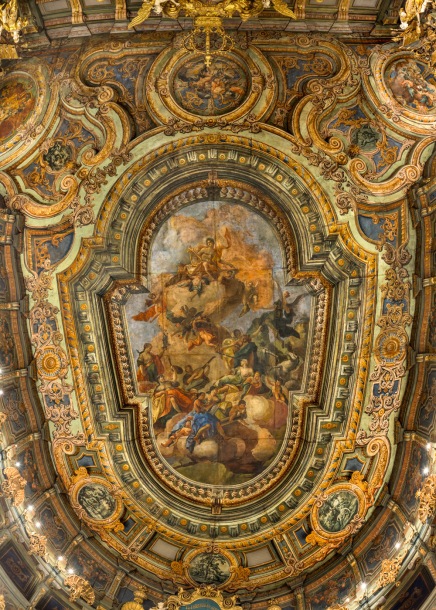 Markgräfliches Opernhaus, Apollo and the Muses, oil on canvas stretched over wooden supports, 1748.

Markgräfliches Opernhaus, loggias
The Princess Wilhelmine of Prussia (1709 –1758), the older sister of Frederick the Great, was a musician, the lute being her principle instrument, and a composer of opera and chamber music. Through marriage, she became the Margravine of Brandenburg-Bayreuth in 1731. Her ambition to make Bayreuth a major musical center necessitated the building of a modern performance space, adequate to the staging of operas. In 1744, she commissioned architect Joseph de Saint-Pierre to build an opera house, to be situated on the main square in Bayreuth, and the Bolognese theatre architect Giuseppe Galli Bibiena and his son Carlo, to design its interior, including the stage, seating, lighting and acoustics. The opera house was completed in just four years and opened in 1748. In a letter to Frederick the Great of 14 May 1748 announcing the completion of the opera house, Wilhelmine shows herself to be a discriminating and informed patron:

As theatricality is a hallmark of both the Baroque style and absolute monarchies, it seems only natural that after palaces and churches, the building of ornately-decorated theatres was a major form of absolutist architectural self-expression. Not only did the magnificence of the structure and its decoration reflect positively on the wealth, taste, and glory of the ruler, festivals, court masques, operas, dances and allegorical plays were performed there on important occasions to praise the ruler or to commemorate births, military victories, anniversaries, birthdays and coronations. Wilhelmine, the sister of and absolute monarch and wife of an absolutist prince had the Bayreuth opera house built party to assert similar ideological claims and party to fulfill her own artistic inclinations. 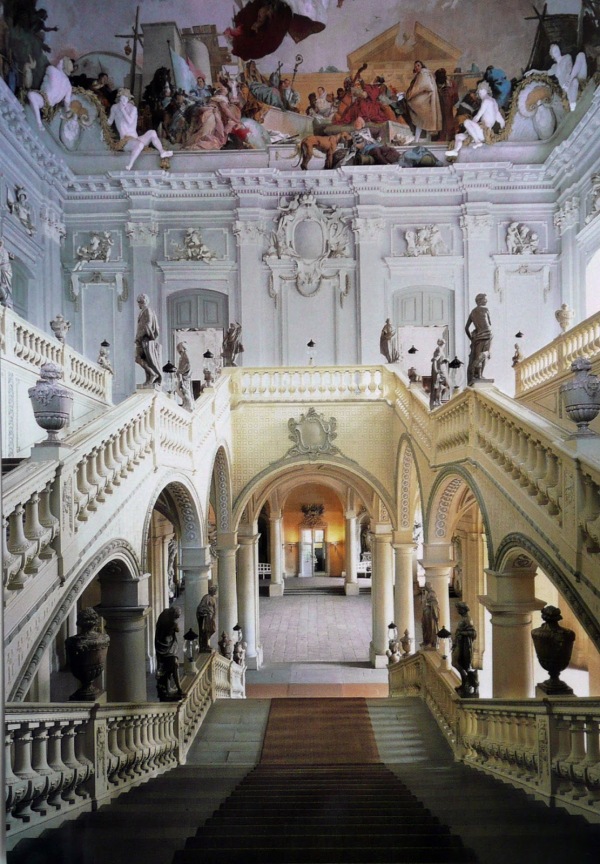