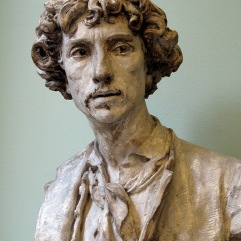 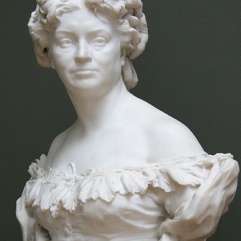 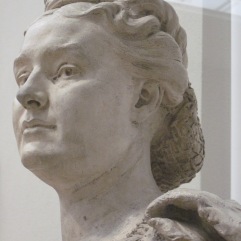 In his essay “Le Peintre de la VIe Moderne” (1863), Charles Baudelaire described the modern artist as “the man in the crowd,” an “outsider, observer, philosopher and flâneur,” “the passionate spectator,” and “the painter of the passing moment.” Like a journalist, he wanders the streets of the city, collecting details of everyday life without drawing attention to himself. The artist’s subject was, ultimately, modernity:

By modernity I mean the ephemeral, the fugitive, the contingent, the half of art whose other half is the eternal and immutable … This transitory, fugitive element, whose metamorphoses are so rapid, must on no account be despised or dispensed with. By neglecting it, one cannot fail to fail into the abyss of an abstract and indeterminate beauty, like that of the first woman before the fall of man.

Although the ostensible subject of “Le Peintre de la Vie Moderne” is Constantin Guys, Baudelaire’s essay reads less like a performance review and more like a job listing, in that it specifies the skills required and elaborates on the nature of the work to be done. The post was filed quickly, as the year of the essay’s publication coincided with that of the Salon des Refusés and the beginning of Baudelaire’s friendship with Édouard Manet. As an observer of Hausmann’s Paris and Napoléon III’s Second Empire, Manet met the essay’s requirement that the artist be up-to-date and engaged with contemporary events at street level.

Baudelaire’s modern artist must also be able to capture “the passing moment” and to register in his work instantaneity, contingency, impermanence and temporal flux. With its lack of academic finish and interest in changeful lighting and atmospheric effects, Impressionism in general seemed to answer to that aspect of Baudelaire’s essay. However, it is clear Baudelaire was speaking more of temporal contingency and flux in relation to human actors, not haystacks and sunsets. One contemporary candidate for the “painter of modern life” might be Jean-Baptiste Carpeaux (1827-75), master sculptor of marble and bronze in the service of an emperor.

To be sure, Baudelaire might not have agreed, having published an essay in 1846 called “Pourquoi la sculpture est ennuyeuse,”(Why Sculpture is Boring”) which decried the limitations of three-dimensional sculpture in comparison to painting, arguably a more versatile and evocative medium. Carpeaux, however was called le sculpteur impréssioniste for his uncanny ability to register transient emotions, passing moods, ineffable character traits, foreshadowing and instability in a medium prized for its durability and permanence and traditionally used for monuments with aspirations to timelessness.

This most evident in Carpeaux’s portrait busts. The formal typologies were self-consciously derived from imperial Roman models, filtered through Neo-classcism, and spoke to the current political structure of the French state. The incredible individuation, the representation of personality and the uncanny ability to capture a fleeting moment or feeling in stone, however, is where Carpeaux is at his most modern, in Baudelaire’s sense of the word. It is true that some of Carpeaux sculptural devices for the representation of transience or impermanence (which in turn creates the sensation of temporal flux), like the impression of fingertips in the flesh of Ugolino’s leg, are themselves traditional—Giambologna and Bernini used the effect, which has its roots in antiquity.

Although the genre of the marble portrait bust brings with it expectations of the atemporality and generality associated with classicism and idealism, Carpeaux aggressively counters those expectations, giving us instead a high degree of personal particularity and temporal specificity. Even allegorical personifications, who by definition are outside of temporality, are not immune to Carpeaux’s temporal modernity, as seen in the face of the Observatory fountain’s America, who glares over her shoulder, allowing us a glimpse of some momentary annoyance.

Most daringly, Carpeaux uses the same treatment on the official portrait of the emperor. While he acknowledges tradition by depicting the emperor with undraped shoulders à l’antique, his portrait of Napoléon III evinces a surprising degree of mutability and ephemerality as the emperor glances downwards and slightly to one side, revealing the faintest suggestion of a sly smile, prompted by an unknown passing thought. The is a remarkable freedom taken by the artist, as it humanizes a personage who is, theoretically, above such transitory preoccupations, and it is a freedom which Carpeaux takes with his Roman exemplars as well, ignoring the time-honored generic requirements of decorum and impassivity.

Napoléon III’s fallibility brought down the Second Empire in 1870, forcing Carpeaux, who was closely associated with régime, to flee France, returning only in 1873, at the request of the Empress Éugénie, to see the dethroned Emperor on his deathbed. In 1874, Carpeaux was diagnosed with bladder cancer, and although he had a tumor removed, he died at Courbevoie in June 1875, at the age of 48.